As of February 14, 2020 DEUTZ took over sales and service responsibilities for the state of Florida, with plans to launch two DEUTZ Power Center locations in Jacksonville as well as the Fort Lauderdale metropolitan area. Two new branch managers are hired and ready to go, with physical facility locations to be determined over the coming weeks. Until those new locations are up and fully operational, DEUTZ will support customers in Florida with mobile service technicians, as well as with its existing dealer network.

“We look forward to serving customers all across the state of Florida with our two locations,” said Nick Vermet, general manager of DEUTZ Power Centers. “We’ve already begun assembling a solid team for the locations in north and south Florida.”

DEUTZ will also be taking over sales and service responsibilities in New Jersey, as well as in New York City.  More information on those changes will be forthcoming.

“Our Power Center model has proven to be very effective at providing customers with totally dedicated DEUTZ service and parts support,” said Robert Mann, president and CEO of DEUTZ Corporation. “We’ve proven it in the Midwest and Carolinas, so we look forward to providing customers across Florida, New Jersey, and the city of New York with the top-notch sales and service that our Power Centers offer.”

To learn more about DEUTZ Corporation and its complete line of diesel and natural gas engines, or to find a distributor or Power Center near you, visit www.deutzamericas.com. 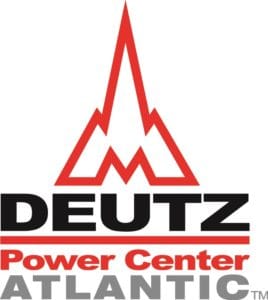 For more than 150 years, DEUTZ engines have supplied customized, cost-effective power to a broad array of machine types and market segments. The nine millionth DEUTZ engine was produced in 2015.  From its headquarters in Norcross, GA, DEUTZ Corporation, a subsidiary of DEUTZ AG, supports a broad range of engines with capacities up to 620 kW that are used in construction equipment, agricultural machinery, material handling equipment, stationary equipment, commercial vehicles, rail vehicles and other applications.

The company is committed to providing optimized power solutions from the drawing board to prototype to production release. The organization serves as a sales, service, parts, and application engineering center for the Americas, employing nearly 300 people. DEUTZ Corporation also operates a value-added production facility for some of its key OEM partners, as well as an engine remanufacturing facility in Pendergrass, Georgia. Strategically located DEUTZ Power Centers and Service Centers are designed uniquely support both OEM partners and end users. For more information, visit For more information, visit www.deutzamericas.com.